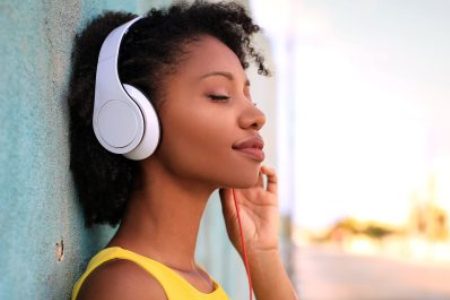 I am sure everyone out there with kids has the experience of having different kids wanting different music for the drive.  So we moan and groan, take turns, compromise and sometimes even drive without music.  With the recent election, I was interested to see how each kid had an interesting opinion of their own about issues and candidates and so it was even more fascinating when seeing an article linking musical taste with personality and political affiliation ! Published in the Journal of Psychology of Music,  researchers Scott Davenport and Adrian North of Curtin University in Australia challenged previous held studies that claimed only a weak relationship between personality and musical preferences.  With a sample size of 157 university students aged 17 to 55 years old, Davenport and North compared sub-components of the Big Five personality traits (see below the table from Wikipedia for a quick reference)  with the Short Test of Musical Preference (STOMP-R) which studies four musical dimensions:  Intense, Rhythmic, Established and Mainstream.

As a brief summary given by the researchers, they uncovered that ‘aspects of personality were better predictors of musical taste for three of four musical dimensions’ and ‘Personality aspects and political orientation were superior predictors of musical taste in comparison to personality domains.’  As an example, those with a liberal affiliation tended to prefer ‘intense’ and ‘established’ music genres.  Preference of rhythmic music had a positive correlation with the personality trait of compassion and negative correlation with politeness.

So consider your drives and the musical debates even more profound now in terms of how we perceive our political spectrum !  Find the study at: