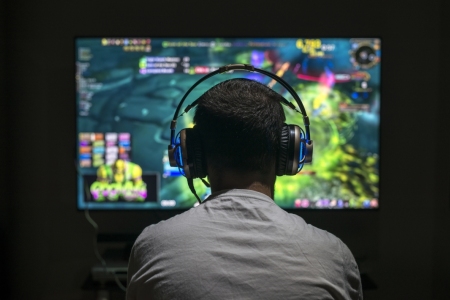 As many of parents with kids of all ages know, the obsessive features of screen time and modern video games would come as no surprise. I often have to remind myself that my relationship with my screen, be it a phone/tablet/computer, is part of what my children are learning from my example.  And so it is imperative that I have a healthy relationship with my screen as we will be together a long time, and my child’s relationship with their screen will be even longer!  So let’s start a conversation about the addictive characteristics of gaming (and social media usage).  Here are the criteria to be aware of as outlined by the American Psychiatric Association (APA):

The APA has published a guideline for parents to promote healthy technology use for children and their recommendations, which can be found here.  Highlights for me will always go back to having a healthy relationship with self and others first; screens and media after.  Consider screens not being allowed in the bedroom and not before bedtime. Reduce, replace and reset as often as needed in a day.  Look at resources such as https://www.commonsensemedia.org,  http://esrb.org, and books by Nicholas Kardaras: Glow Kids and Catherine Steiner-Adaim The Big Disconnect.